--The Dickie V. “Diaper Dandy" Awards: Brandon Whitney and Robbie Beasely. Both debuted with impressive games against Power 5 teams: Whitney with 19 at USC, and Beasely with 17 at Arizona. In the era of Curry-inspired guards, both can shoot, handle, get to the rim and shoot free throws. Who among us could ever have guessed they’d be so good so soon? Or that Beasely with his articulate views on Black Lives Matter would be the cover boy for the Fall issue of the Montana Alumni Magazine?

--The Crocodile Dundee “Woke Bloke” Award: Josh Bannan. From his surprise start at USC through to his winning shot against Northern Colorado, Bannan has proved to be one the best freshman post players we have recruited in years. For all the distaff Griz fans, he’s given new meaning to the term, Thunder from Down Under.

--The Jerry West/Michael Jordan “Mr. Clutch Award: Josh Vazquez. From his clutch shot at Washington to his late-game heroics at Southern Utah, Vazquez has emphatically answered the early question on this board: Who takes the last shot? Not to mention the rave reviews he drew from the Arizona announcing crew for his all-around game against one of the most storied basketball programs in the country.

--The Denny’s Restaurant/IHOP Pancake House “Sunnyside Up” Award: Kyle Owens. After making marked strides from his freshman to sophomore year, Owens has demonstrated the incredible upside inherent in his game. With a few more sausages and pancakes added to his frame, he’s going to be a force to reckon with the rest of his career at Montana.

--The Notre Dame "Rudy" Memorial Award for “Comeback Kid” of the year: Eddie Egun. The player thought by some on this board to be out of the rotation, and possible out of the program entirely, has won over just about everybody including the coaches with his relentless enthusiasm and tenacious defense. If he could sustain the three-point shooting ability that kept us in the game at Georgia, and finish more of his drives to the basket, he could be not only a rotation player but a star before he leaves Montana.

The Alexander Blewett The Third “Jury is Still Out” Awards: Derrick Carter-Hollinger and Michael Steadman. Normally, a player makes the greatest leap between his freshman and sophomore years, but perhaps because of a bout with the concussion protocol, that so far has not been the case with last year’s Big Sky Freshman of the Year. And while Steadman was anointed a position on the all -Big Sky team before he’d even stepped foot on the court, it’s clear that for all the athleticism and flashes of briliiance he's shown, he still needs to do two things: Gain some weight; and enroll in a class at the Larry Krystkowiak School of Venom and Controlled Rage.
Top

Gotta give you props for this well-thought out piece. Hard to argue with much here.
Top

Now as the award ceremony comes to the appreciated end and people are starting to file out....wait.... what about Parker ?


Is the jury still out ?
Top

Anyone else catch when DCH got kicked in the head (on accident) when he, Josh, and a Whitworth player tumbled out of bounds? He continued playing but that couldn't be good for his recovery.
Top

The "Repeat Some of Riley Corcoran's Endless Stats/Discussions that Lose Importance and Uniqueness When Repeated Ad Nauseam Award" goes to Citay!
Top

I earned that Award!
Top 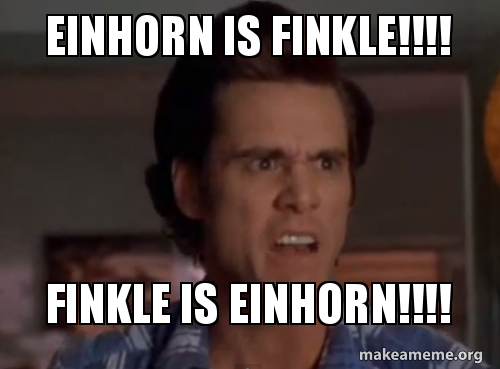 Well I can debunk that hypothesis. Citay joined egriz in 2010. Riley became the Griz anncr in 2016 with no Griz connection previously that I know of.
Top

Well I can debunk that hypothesis. Citay joined egriz in 2010. Riley became the Griz anncr in 2016 with no Griz connection previously that I know of.

Copyright © Missoula Media
eGriz.com is privately owned/operated and not associated with the University of Montana
Brought to you by: Backyard Tap House | Florence, MT Restaurant & Bar