Griz fans are the worst

Wait, who scrubbed his posts?
Top

mr b had his posts scrubbed. Some folks still remember. Wasn't too long ago.

made by; meh
Top

"Now let's the rest of us go on to Montana." Gus McCrae-Lonesome Dove
Top 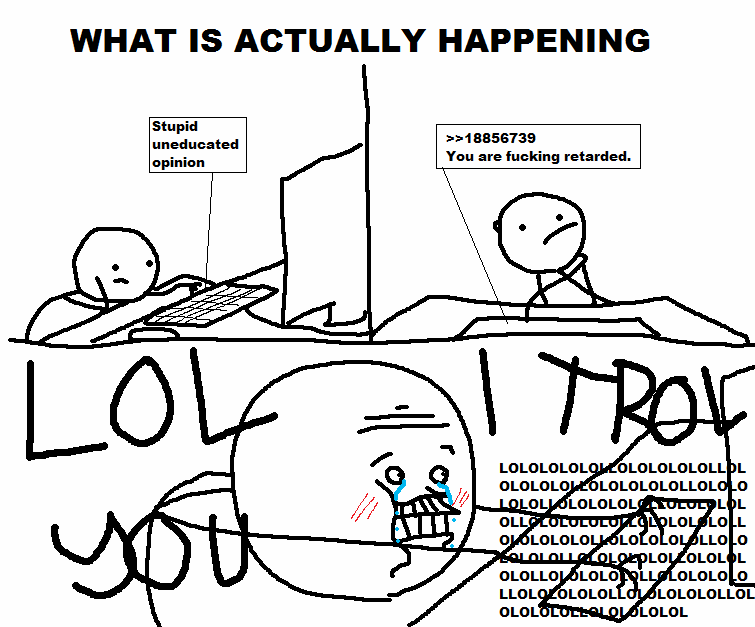 Greenacres Griz wrote: ↑
Sat Sep 15, 2018 9:36 pm
Griz are the worst most entitled fanbase I have ever seen. Our team has sucked for years now and Bobby is back and lost one game and you idiots are on here bitching and moaning. My God give the guy some time he's the most successful coaches ever coach at Montana and you're ready to oust him after one game pathetic

Greenacres Griz wrote: ↑
Sat Nov 05, 2016 6:43 pm
Griz D stinks especially the secondary. We are going to get rolled if we make it to the playoffs.

Greenacres Griz wrote: ↑
Sat Oct 31, 2015 3:56 pm
Get used to it the dynasty is over. Every game is going to be a battle & it is no longer a for gone conclusion that the Griz will go to the playoffs & win the conference. I for one am glad the rest of the conference is competitive now & it will bring us spoiled Griz fans down to earth. We will appreciate wins & playoff appearances more now.

Greenacres Griz wrote: ↑
Sat Dec 06, 2014 3:24 pm
are you f****ng kidding me. This is the type of shit that didn't happen when Bobby was here. Fumbles & blocked punts aren't going to win a game against the premiere team in our conference.

Greenacres Griz wrote: ↑
Sat Oct 20, 2012 2:16 pm
Hermanson may be the most physically limited safety I have seen play for the griz in the last 15 years. We have got to find a way to recruit better athletes at that position. He hurts us in every game by giving up a big play. I have no doubt that he is a great kid and has alot of heart but he lacks the size & speed to play at this level.

Greenacres Griz wrote: ↑
Sun Nov 14, 2010 7:59 am
The good thing is that if Pflu gets fired we have about 20 idiots on this board who are self appointed football experts that we could slide right into the position & march this team to the promised land. It is pathetic how spoiled we are as griz fans. Grow up & feel fortunate for what we have. Our team is 7-3 with a chance to go to the playoffs with a win against our rival. If we don't win, remember that it is only football & if it bothers you for more than a day you really need to get a life with some other interests. Please support our team & quit being so freaking spoiled. It is starting to be embarrasing to admit to being a griz fan with the way we act sometimes.

Greenacres Griz wrote: ↑
Sat Sep 18, 2010 10:05 pm
Jimmy maybe a crappy person but damn that guy can play football. He was a great cover man & made three really good plays on receivers. He also plays the run well & delivers a hit. Why the hell was he out on the final drive. #11 Dodson sucks & can't figure out why he was in instead of Wilson

Greenacres Griz wrote: ↑
Fri Dec 19, 2008 9:50 pm
We need a new kicker, BAD! Brody is absolutely terrible. He can't get his kickoffs to the 20 yard line on a fly & has kicked the ball out of bounds numerous times. He as missed 4 extra points this year 51/56 & only made 9/15 field goals missing 2 from 20-29, & another 2 from 30-39. A program with our prestige should be able to recruit a better kicker. Brody sucks. Congrats to the the rest of the GRIZ on a great season we just ran into a better more athletic team tonight.

Greenacres Griz wrote: ↑
Sat Nov 24, 2007 4:37 pm
I'm not saying Bobby wouldn't be a good coach somewhere but it is time for him to move on. With the facilities we have & the players that want to come here we should have much better showing's than 1st & second round exits every year. I wish Bobby luck but I hope he moves on down the road & lets the Griz program pick up where it left off with Joe Glenn.

Greenacres Griz wrote: ↑
Sat Nov 24, 2007 3:02 pm
Run Bobby's ass out of town with the rest of his shit bag coaching staff cause they suck. Our kids played a great game but the coaches lost it again. How long are you sugarcoaters going to defend coach Hauck. We need to demand more out of the team that is supposed to be the best in I-aa. We've been a joke the last couple of years. Next years schedule is already out.


Sweet we should be 3-0 to start the season & all proud of how well we're doing.

If you disagree with this post you are a complete sugarcoater. When you are up by 13 points & you are dominating the game it is an idiotic choice to run a fake punt on your own 30 yard line on 4th & 6. If you give up the ball the Salukis have an excellent opportunity to make it a one touchdown game. Especially, with how well our defense is playing it is going to be very difficult for them to score unless we give them a short field. 2nd stupid choice take out a red hot Swogger 11/15 157 yards & a TD not to mention what he did in the first round to start Cole B in the 2nd half. What a momentum killer. 3rd stupid choice fake FG instead of making it a 16 point game run an unsuccessful fake fied goal. 4th stupid choice WHY THE HELL IS BRADY GREEN IN THE GAME? Brooks Fletcher played great in the first half, Brady can't even pick up a block he has been responsible for 2 of the 2nd half sacks. This team would continue to win without Bobby. I hope he has built his resume enough to hit the road after this season because I still argue that this team is winning in spite of Bobby's decisions not because of him.

Greenacres Griz wrote: ↑
Sat Nov 26, 2005 9:55 pm
Everyone is bitching about the booing people leaving the stadium early & the complaining about the play calls. These are signs that the GRIZ nation is beginning to crumble. Lets get this thing fixed fire Hauck's A** & hire a coach that has more experience than being a DB coach at the IA level which is what Bobby had prior to UM. Without the last name Bobby wouldn't have gotten this job.


GRIZ FOOTBALL IS DOOMED UNTIL BOBBY LEAVES TOWN!!! I hate to say this but I want to see the Griz go all the way or nothing. Hopefully, we can come together to have a national championship year but if not I would rather have a terrible year than a mediocre year so we can run Bobby out of town & let him coach little griz football which is more in line with his qualifications.

Greenacres Griz wrote: ↑
Sat Sep 25, 2004 11:14 pm
Give me a break the offense looked stale, the defense had holes all over & couldn't tackle & Bobby Hauck couldn't coach a good game if it was Little Grizzly football. This idiot never ceases to amaze me. What the hell was he doing with a gimmick play having Jefferson Heidelberger in for one play at quarterback & Ochs lined up at receiver on 3rd & 15. Not to mention UNC isn't even a real 1-aa team, they are transitional & have 21 less scholarships than the Griz have to offer. Griz are over-ranked & need to step it up if they plan on contending for the Big Sky championship. If we're not carefull 3 to for years down the road UM is going to have a battle for in state kids with MSU as Kramer is really turning the Cats around & making them contenders year in and year out.

SEND HAUCK AND HIS STAFF PACKING BECAUSE THEY SUCK!!! Well the 2 losses we have this year can be totally put on the coaching staff. Hauck's lack of vision in his play calling is pathetic. Why the hell would you try a corner route on 5 occasions to your smallest receiver (Siegers). He also cost us the ND state game by sitting on the ball to kick the field goal rather than going for it. The Griz dynasty is over unless we get a quality coach that knows what he is doing. I never did understand why we would take someone who had no head coaching experience or even coordinator experience. Hell Hauck was the defensive backs coach for christ sake. You would think one of the top programs in I-AA could attract someone with more credentials than Hauck.

annnnd his very first post on egriz, December of 2002:


Greenacres Griz wrote: ↑
Sun Dec 01, 2002 9:37 pm
Edwards sucks and I've been saying it all season.... If we want a legitimate shot at the national title we need to sit J. E. right now. Brandon Neil is clearly the better quarterback in every aspect. He looks off defensive backs, has a stronger more accurate arm, makes better decisions in reading the defense, & yes he runs the ball better as he is as fast as J. E. and is definitely a more powerful runner. Brandon definitely got screwed when he transferred from Wyoming to the Griz as daddy had already bought J. E. 2 years of starting time for the Griz. Also why has Billy Cockhill had Heidelberger on the bench all year. It's not like any of our other recievers are lighting it up other than Siegers & Talmidge. Hey Billy wake up and start playing kids that deserve to start.

How has nobody nominated this as POTY! Damn! That registered on the richter scale.
"Facts are stubborn things" John Adams
Top

I don't know about the rest of you but, I think I am a very good fan! I take care of all visiting fans with beverages and snacks. I also welcome everyone to my tailgate.
Now do I expect to win? Hell Yes! That is why I was so happy when Bobby came back. I hate to lose. I try to not belittle the players. However, passion for this team can sometime fog good judgement!
Go Griz!
Top

Griz fans are the "worst" because they care the most. Does that make sense?
Lumberjacks!
Top

So, did we get a sunglasses warning? Curious as to the level of blindness occurring over the virtue signaling over how much better of a fan some are than others???
Top
Post Reply
48 posts

Return to “Montana Grizzlies Football and the FCS”

Copyright © Missoula Media | eGriz.com is privately owned/operated and not associated with the University of Montana